Those with voice issues need others to empathize.

Regardless of the cause, a voice disorder is a life-altering experience for a person. Imagine being able to talk and communicate as you normally would, and then one day, it all changes. Instead, the voice breaks as you speak, making your words difficult to understand; maybe the best you can achieve is a whisper or maybe no sound comes out at all. The ability to communicate is a necessity in life, and for those living with a voice disorder, that tool for effective day-to-day life is severely limited. Denise Nico Leto, someone living with SD, once wrote:

Your body language says it all!

Now imagine what’s it like for someone with a voice disorder, to try and talk to YOU…

Your nonverbal signals can actually convey a tremendous amount of information. In fact facial expressions are universal. Even when someone doesn’t express their thoughts verbally, most people exhibit clues to what they’re thinking and feeling. Our body language—as well as their reading of others’—happen without conscious awareness.

Checking a watch or looking away—”I’m not really listening.”

Nod when they talk but do not make eye contact during a conversation—“I’ve superficially judged you and what you’re saying is less relevant because it doesn’t sound normal.”

They finish sentences for you, maybe constantly interrupt—”I don’t have time to wait for all your words to finally come out.” or “You’re not as smart as me.”

They cover their mouth and quickly end conversations—”I hope I don’t catch their cold.”

That’s why it’s important to build an atmosphere of sensitivity and tolerance for those with vocal disorders.

“As the spouse of someone with a voice disorder it is important to be patient. Don’t roll your eyes while waiting for them to finish speaking-even if you know what they are going to say. They are already afraid to speak and need someone to share with.”

In a survey of over 700 people living with spasmodic dysphonia conducted on behalf of the NSDA, we asked about the most common reactions people experienced when a new person heard them speak:

The person may not even realize what they are doing, but to someone living with a voice disorder, the impact is huge. In addition to the potential embarrassment, they can feel de-valued by the reactions of others when they are perceived as having less intelligence, that they are emotional, lacks confidence or has made poor lifestyle choices. Any of these promote a negative stereotype that will most likely dent someone’s self-esteem.

Ways you can show support to someone with a voice disorder 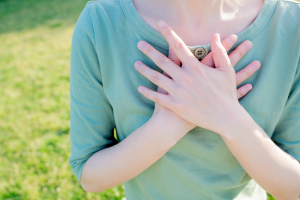 Until a person speaks, you have no idea there is anything wrong, and then when the first words come out, assumptions are often made based on the sound of their voice. Kindness and understanding can go a long way to help support a person with a voice disorder.