A History of research, education, awareness and support

In 1989, the National Spasmodic Dysphonia Association was created through the passionate commitment of a small group of patient advocates and medical professionals, all of whom dedicated themselves to providing the spasmodic dysphonia community with a national organization. In the late 1980s, Larry Kolasa was living in Birmingham, MI, and was struggling with his voice and searching for answers. He became actively involved with a group of people in the area experiencing the same challenges.

Through that support group, Larry was introduced to Daniel Truong, MD, a neurologist in Detroit, MI, who was treating people with a rare voice disorder called spasmodic dysphonia (SD) by injecting botulinum neurotoxin into the muscles in the larynx controlling the vocal folds (cords). This procedure was pioneered and first performed by Dr. Andrew Blitzer and Dr. Mitchell Brin in April 1984, in New York City. Dr Truong treated Larry and slowly his voice began to return.

The Idea for the NSDA

In the spring of 1989, Dr. Truong and Larry discussed the idea of forming a national organization for people living with spasmodic dysphonia. They talked about the structure and resources required and decided to proceed with establishing it. Larry accepted the role of President with the task of turning this idea into a viable and functioning organization.

“One night, I got a call from Dr. Truong. He told me that I was going to start an association focused on SD and I would be the President and that he would provide the initial money needed to get it off the ground. He said people with SD need help and support and that awareness needed to be built. He said someone needed to help others struggling with SD and that I was that person. Nope I thought. Not me. Then I got a sign. I was in a Million Dollar Round Table meeting and the theme was COMMITMENT. Those big, bold letters provided the message I needed to see. I called Dr. Truong and told him I would do it; I would make the commitment and start the association. I don’t know if you believe in divine intervention, but I say that the path of the NSDA was paved by angels. Dr. Truong didn’t know what the organization would do, but he knew it was needed. I read that sign for Commitment and knew I had a calling. And over the course of the next 30 years, I can picture moments where angels intervened to ensure the NSDA persisted. ”

The NSDA is formed

Rick Johnson became the Treasurer, Paula Mahinska was the Secretary, and Dr. Truong and Michael Rolnick, PhD, CCC-SLP served as the first medical advisors. On August 3, 1989, all the documents for incorporation as The National Spasmodic Dysphonia Association (NSDA), a 501(c)(3) nonprofit were signed and filed with the State of Michigan. The Mission, which is still in place today, was to advance medical research into the causes of and treatments for spasmodic dysphonia, promoting physician and public awareness of the disorder and sponsoring support groups for people with SD and their families.

A network of existing local spasmodic dysphonia support groups in Los Angeles, CA; Detroit, MI; Bethesda, MD; Little Rock, AK; SE Michigan; Greensboro, NC; and New York City served as the foundation of the Support Network for NSDA. With the support of Dr. Truong, the first national meeting of the National Spasmodic Dysphonia Association was held in Irvine, CA in conjunction with the National Spasmodic Torticollis Association on March 9-10, 1991. This conference attracted people with SD from various areas of the country and established the NSDA as a national organization. By this time, as a result of the work of the NSDA leadership, there were 28 support groups in the United States and three in Canada.

The initial NSDA Board of Directors consisted of nine volunteers from across the country. The primary functions of the Board were to approve the annual budget, determine program emphasis and develop strategies for implementation of the NSDA Mission. Two of the original nine NSDA Board members are still serving today — Larry Kolasa and Dot Sowerby.

Meet the Board of Directors

The NSDA Medical Advisory Board (MAB) was established in the early 1990s to assist in the promotion of the NSDA, its Mission and goals among medical and speech professionals. These objectives would be accomplished through writing and/or approval of medical brochures, materials and articles for the newsletter. They would assist with medical conferences, publicize the availability of research grants and encourage researchers to apply for grant programs.

Partnership with the DMRF

The NSDA was volunteer driven based in Birmingham, MI. In June, 1997, the NSDA partnered with the Dystonia Medical Research Foundation (DMRF) and they provided the management for the organization in order to better educate the medical community about SD and enable funding for SD-specific research. Led by then Executive Director Valerie F. Levitan, PhD, great strides were made by the medical and research communities in gaining a better understanding of SD, developing a stronger support
network, and raising awareness of spasmodic dysphonia. This partnership lasted until the end of 2004 and allowed the organization to grow.

Establishment of its own management team

On January 1, 2005, the NSDA Board established its own management, with Kimberly Kuman serving as the Executive Director. One of the first priorities was to find appropriate office space for the organization. The NSDA was contacted by Allan Hamilton, Senior Member of Hamilton Partners, who offered his assistance with the new management. With the generous help of Allan and his sons, Mark and Kirk, the NSDA’s office was established in their building at 300 Park Boulevard, Itasca, IL, where it continues to house the day-to-day running of the NSDA.

One of the first priorities of the organization was to establish an SD-specific Research Grant Program. In 2007, in order to appropriately publicize grants, review applications and make funding decisions, the NSDA Scientific Advisory Board (SAB) was formed with Dr. Christy Ludlow serving as the Chairperson. The SAB adopted the rigorous review process used by the National Institutes of Health (NIH) to review grant applications and make funding recommendations to the NSDA Board. Based on the SAB recommendations, the NSDA has funded a number of SD-specific grants.

During the past 30 years, the NSDA has made tremendous gains in striving to achieve the Mission of encouraging and funding SD-specific research, increasing awareness of SD and providing support for people with SD and their families. This is evidenced in a number of ways but none more important than people who have developed this voice disorder achieving a correct diagnosis in months versus years; the growth and viability of the Support Network from the original seven support groups to more than 80 and over 225 active Area Contact Persons (ACPs); and the increased interest shown by the research community in SD-specific research with the funding of the first genetic research grant in 2012. There were more research papers on SD written since 2017 then there ever were in our 30-year history combined.

The NSDA has been successful at building an interest in SD across the US which has generated the following results:

In 2019, the NSDA celebrates 30 years. I think of all the difficult times, but I also think back to all the stories that have been told about how the NSDA helped individuals with spasmodic dysphonia. I think about how the average time between onset of symptoms to diagnosis was more than six years back in 1986 and how today someone can now get treatment within months of experiencing that first change in their voice. I think of the network of healthcare professionals that has grown and the database of those with spasmodic dysphonia who we regularly communicate with. I think about the explosion in research that has happened within the last three years. We know more about the SD than ever before. The NSDA has served a vital role in these advancements, of that I am certain.

An Expanded Mission and New Name

We are dedicated to improving the lives of people affected by spasmodic dysphonia and related voice conditions through research, education, awareness, and support. I believe we have the tools and capacity to serve a larger community through expanded outreach, regardless of whether you call us the NSDA or Dysphonia International. Our Mission is clear.

We would like to assure all those who have counted on the NSDA to lead a charge toward better treatments and research for spasmodic dysphonia that we are still, and always will be, completely committed to our core purpose, spasmodic dysphonia. We will continue to focus on research, education, awareness and support efforts. However, there is no group better prepared to support people with related voice conditions than this community. As such, we have slowly begun to add information and tools for tremor, muscle tension dysphonia, and vocal fold paralysis to our website as well as training for our support leadership. Most of the path traveled with these related voice conditions is the same as that with SD, and there is so much we can do to help with the journey.

When the organization first started, we did not have the technology that would allow us to reach a world-wide audience. Spasmodic dysphonia and these related conditions are not unique to North America, leaving people in need of information and support all over the world. The blessing of today’s technology is that it allows us to communicate and interact with people regardless of what quadrant of the world they live in. That being said, we already have some reach into many countries around the world. Our name change recognizes the fact that we have the capacity to support the needs of people living with these disorders anywhere in the world. That is truly amazing when you think about it.

The NSDA has come a long way from its humble beginnings where Larry Kolasa’s kitchen table and the trunk of Rick Johnson’s car were used as the office. The history of the NSDA, now Dysphonia International, could not be written without the generosity of its donors since the beginning that have made a significant impact on the organization. We thank you and appreciate your investment in the organization. We are grateful for the dedication and commitment of the volunteers and staff in the work necessary to achieve our Mission. We are confident with the continued involvement of the community and the dedicated medical professionals supporting the cause, the Vision can and will be achieved. 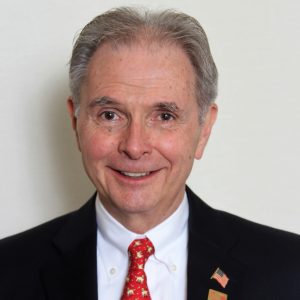 “Over the past 30 years, I can point to a number of moments and people that made a huge difference to the organization. I refer to them as my angels. ”