If your tight, strangled, broken, whispery, or otherwise “not quite right” voice has been diagnosed as spasmodic dysphonia (SD), this website will provide a wealth of information on the disorder.

Spasmodic dysphonia is a task-specific, focal dystonia, meaning that the muscles spasm only when they are used for particular actions and not when they are at rest.

When a person with SD attempts to speak, involuntary spasms in the tiny muscles of the larynx cause the voice to break up, or sound strained, tight, strangled, breathy, or whispery. The spasms often interrupt the sound, squeezing the voice to nothing in the middle of a sentence, or dropping it to a whisper.

People have described their symptoms as worsening over the first 18-months after onset and then remaining stable in severity from that point onward.

During activities, such as breathing and swallowing, the larynx functions normally. In addition, spasms do not occur in all types of vocalization. Generally, SD does not affect the emotional aspects of speech like laughter, crying or humming, it only affects connected speech. This has been attributed to the difference between Mammalian vocalization versus the human speech system. Mammalian vocalization is not learned, while human speech is. The portion of the brain that is responsible for learned speech processes are impacted while sounds associated with basic vocalization are not.

Who Gets Spasmodic Dysphonia

Spasmodic dysphonia is estimated to affect approximately 50,000 people in North America, but this number may be somewhat inaccurate due to ongoing misdiagnosis or undiagnosed cases of the disorder. Although it can start at any time during life, SD seems to begin most often when people are middle-aged, and affects women more often than men. Onset is usually gradual with no obvious explanation.

Spasmodic dysphonia can be difficult to diagnose because the anatomy of the larynx is normal. SD has no objective pathology that is evident through x-rays or imaging studies like a CT or MRI scan, nor can a blood test reveal any particular fault. The best way to diagnose the problem is to find an experienced clinician with a good ear.

Cause of Spasmodic Dysphonia

What causes spasmodic dysphonia is still unknown. The research related to the cause is ongoing, however, evidence suggests the basal ganglia in the brain, which is involved in planning, patterning and initiating muscle movement, is impacted in people with SD. People who have SD were found to have an increase in D1 receptors in the right putamen and caudate nucleus of the brain.

Different treatments are available to alleviate or control the symptoms of the vocal spasms of SD on a temporary or long-lasting basis. Similar to other problems affecting the larynx, SD can be approached with a single type or a combination of treatments, as no single strategy will be appropriate for every case. Perseverance and patience are important when dealing with SD. Remember, doing nothing is also a choice also.

Voice therapy: While voice therapy is not a cure, there are many techniques that a Speech Language Pathologist can teach someone with voice disorders to use to help with their voicing.  Therapy  involves training the person to alter voicing techniques. Through exercises and practice, the person can gain better insight into how to speak more efficiently and effectively.

Botulinum Toxin Injections (BTX): Botulinum toxin injections have been used for the treatment of SD symptoms since the mid-1980s and is recognized as an effective treatment by the American Academy of Otolaryngology–Head and Neck Surgery. BTX works by blocking the neurotransmitter acetylcholine causing muscle weakening.

Selective Laryngeal Adductor Denervation-Rennervation (SLAD-R): An experienced doctor cuts selective nerves used for speech in a person with adductor SD, and then reconnects them to another nerve. They basically borrow the ansa cervicalis, a duplicative nerve used for swallowing. By reinnervating in this way, doctors can break the pathway of the dystonia messaging and maintain muscle tone to minimize the potential that symptoms return.

Medications: Oral medications provide little relief for symptoms of spasmodic dysphonia but may help with reducing tremor or anxiety that may accompany symptoms.

Myofascial Release (MFR): MFR is a patient-directed manual therapy that relies on slow stretches and light pressure to ease the symptoms of SD. 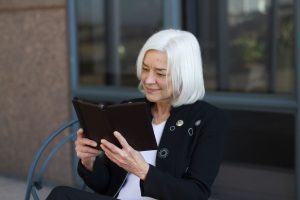 For Wendy, the road to her diagnosis was long, but she participates in support groups, speaks to students about SD, and has made friendships with others living with SD.