Spasmodic dysphonia is a form of dystonia

Spasmodic Dysphonia (SD) belongs to a family of neurological disorders called dystonias. A dystonia is a movement disorder that causes muscles to contract and spasm involuntarily. Dystonias can be generalized, affecting the entire body, or focal, affecting only a specific area of the body or group of muscles.

Following Parkinson’s disease and essential tremor, dystonia is the third most common movement disorder. The most common focal dystonia, cervical dystonia, causes the neck to twist or contort. Other dystonias can cause abnormal, involuntary blinking or spasm of the eyelids (blepharospasm), inappropriate contractions of the hand muscles (writer’s cramp), or uncontrolled movements from spasms in any of the muscles of the face, jaw, or tongue (oromandibular dystonia).

Certain forms of dystonia, including SD, are task-specific, meaning that the muscles spasm only when they are used for particular actions and not when they are at rest. 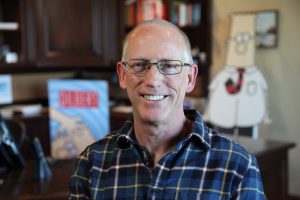 For Dilbert cartoonist, Scott Adams, having dystonia in his hand helped him to figure out his diagnosis of spasmodic dysphonia. Scott had SLAD-R Surgery to treat his symptoms and serves as an Honorary Board Member.